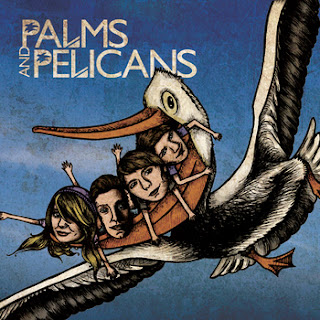 Four piece male & female fronted awesome Alternative Indie/Rock band with a bit of grunge thrown in for good measure from The New Forest (UK) they have just recently released their debut EP entitled 'Float'.
Palms & Pelicans have got their own unique style and distinctive genre going on they are not trying to be anybody they have used their influences and inspirations and moulded this into their own sound and that's what I love about them, they are purely passionate about making music and writing music they have something really special about them a rare gem that we rarely come across I gotta say unsigned music is where the talent is and they prove this statement fully they are extremely talented musicians.

First release 'Float' has had frequent airplay on BBC Sussex and was recently aired by Tom Robinson on BBC6, Amazing Radio, Pure FM, Radio Hope FM they have all gave their music a spin.

It's teen-angst melancholy with euphoric uplifting choruses and dual harmony melodies against crunchy rock guitar riffs which is pure gold their songs include 'Cut The Sky', 'Float' 'Namsong Bridge' & 'Little Soldier', download the 4-track EP for free at: www.palmsandpelicans.bandcamp.com/album/float-ep

Palms & Pelicans are infectious with lavishings of acoustic rock to boot they are full of charisma with hard hitting energy and catchy songs they are instantly likeable, Mattea McKinnon's raw and powerful vocals definitely make Palms & Pelicans stand out as one great indie/rocktastic band, all of their songs are full of emotion and passion and their harmonies are brilliant flawless in fact you'll have their songs on repeat they are the band to watch!!

Check out Palms & Pelicans on these links: