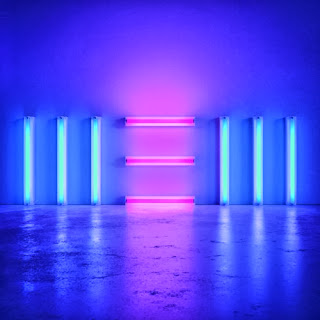 Paul McCartney is back with his first collection of genuinely essential new pop songs with a licious twist since 2007's low-key 'Memory Almost Full", the 71 year old pop legend hooks up with a crack team of relatively young/hip producers to deliver his most enjoyable and energetic album in ages.
Tuneful and poppy but with an intuitive rock 'n' roll edge my verdict: STILL FAB!!! 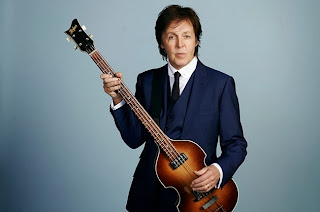 The theme of a man living in the present and constantly reinventing himself while acknowledging his history is reinforced by his quartet of collaborators: new kids Paul Epworth (who helmed Adele's 21) & Mark Ronson (who won Paul over after DJ-ing at his wedding to Nancy Shevell) are joined by Giles Martin & Ethan Johns (the sons of George Martin & Glyn Johns, who both worked with The Beatles).

Every song is full of charisma & charm i was hooked from the start i'm a beatle obsessive a huge fan of Macca he truly is amazing, mesmerising & a total legend in his own right! Echoes of the past are apparent from the off, the opening track 'Save Us' is one of several songs - 'Everybody Out There' & 'I Can Bet' is another - that nod in the direction of Wings. the dreamy groovy psychedelia of 'Alligator' & the sunny beautifully sung title track (both produced by Ronson) with the latter hark back to The Beatles circa 'Penny Lane' & 'Strawberry Fields Forever'.
'On My Way To Work' recalls McCartney's early solo hit 'Another Day', while the astounding 'Early Days' addresses his bugbear about those who get their Fab Four facts wrong.


The whole album is very experimental & i just love it! It is euphoric & hypnotic a stand out gem highly infectious! 'Looking At Her' an imaginative blend of electro & brazilian bossa nova frisky rhythms for a feel good shakedown & then their is the Giles Martin-produced 'Appreciate' a mixture of hip hop loops & synthetic drums, he puts his own unique stamp on his music his trademark so to speak. 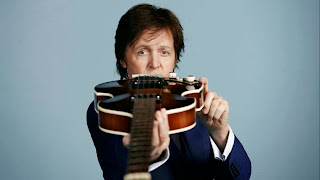 McCartney has made an amazing comeback i love the fact that he is always reinventing himself he is an absolute legend one word EPIC!!!! Beatles obsessives will not be disappointed. 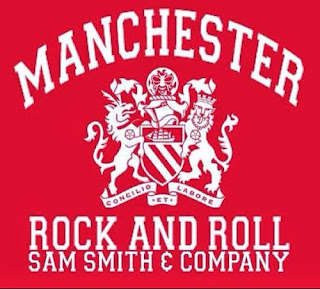 I had the pleasure of attending a Sam Smith & Company Gig last month 29/9/13 who i would describe as drenched in Rock n Roll Galore with a licous Indie Twist! Serious noise is being made within this band and WOW i was blown away by their music it was such an energetic show i loved every minute of it they had incredible stage presence the lead singer/frontman had such an amazing connection with the audience with lashes and lashes of confidence and amazing strong vocals he belonged up on that stage he was born for performing, each member of the band had extreme STAR QUALITY!!!

Sam Smith & Company are an unsigned band they are a cross between The Artic Monkeys & The Stone Roses every choon they make is awesome full of electrfying Indie/Rock n Roll that make you want to let go of your inhibitions, feel the gritty sexy bass & rock vibes ripple through your body and just DANCE DANCE DANCE!!!

They have a wicked friendly fire, all their songs are capitvating tightly performed they are full of experimentalism clutching a new species of genre, they are the face of Independent music they are what i call 'Emerging Icons', i love their signature guitar riffs, and excellent deep bass and drum work the sky is the limit for this band.

This awesome band deserve your undivided attention, i can see great things happening for them they are the band to watch they are going to set the rock scene ablaze, things can only get better as they continue to excel musically, they've got the right elements to stick in your head for a long time as you'll be craving for more, with the tracks erupting after the first guitar strike & not stopping until the EP is over the band have really pulled out all the stops with their powerful hard rock sound, you'll probably want to remember this band's name as you will be hearing alot more from them.

They take alot of inspiration from a range of epic/iconic bands from the 80's & 90s up to the present these guys ultimately like to mix it up and create their own licious & unique fusion that is Sam Smith & Company, if you haven't heard of Sam Smith & Company give your ears a chance & check out their music it's absolutely rocktastic, what more could you ask for? Great vocals, epic guitar & drum work, awesome band chemistry which absolutely shines when they perform their energy really fills the whole room & you instantly buzz off it, they naturally get the crowd madly excited me included they are the real deal they are rapidly developing into a powerful prosposition in the live environment & quickly building a strong fan base & following they gig relentlessly to win your love.

Sam Smith & Company is a collection of fine talent you should consider this The A Team of the unsigned music world, their Debut EP is titled "From Heathens To Devils" is out now which you can purchase off iTunes.

A few quotes of mine describing this licious authentic band:

"Raw, Edgy Rockness, Wicked Drum Beats & Double the Guitar Beats paves the entrance for the front man who binds the band perfectly together"

Sam Smith & Company is what Independent music is all about they are very much a modern day band who delivers pure class indie/rock music from the heart of Manchester.

Check them out on these links: